Dogs seem to have a unique ability to predict and react to physical and emotional changes in humans, and for centuries, people have asked can dogs sense depression? While we can often understand how our dogs are feeling based on their behavior, can they do the same with us? Can dogs sense sadness and joy, or is it all a myth?

Can Dogs Tell When You're Sad?


Dogs have an incredible ability to relate to humans on an emotional level. They get excited when we’re excited, and they protect us when we’re in danger (most of the time, anyway.) On this note, research shows that dogs can sense depression, and many of them even respond lovingly to their humans in an attempt to cheer them up.


In the same way that we pay attention to their behavior, dogs also pay attention to our actions to determine our “energy” that day. However, they especially rely on their sense of smell to take in their surroundings and get a feel for their mental state. They can also smell hormone production as well as the rise and drop of brain chemicals like serotonin.


Since the gradual domestication of wild dogs or wolves, man’s best friend has been using its sense of smell to determine human emotion. They pick up on how we’re feeling according to how we sound, smell, and even look, allowing them to decipher our emotions and respond in a comforting manner. Back in the day, when people started domesticating wild dogs, animals that would respond in this manner were most likely to receive praise and be kept as pets.


Fast forward to 2022, and now dogs, along with other animals, are trained as emotional support buddies for people. Today, there are countless breeds of loving dogs, many of which are observant and intuitive animals that make for the best support animals.

How Do Dogs Show Empathy When You’re Sad?


If you have major depressive disorder, you’ll know your dog is sensing that you’re depressed when he/she is closer to you than usual. They might make an effort to cuddle with you more or follow you around the house. Your dog may also approach you in a non-threatening manner.


For instance, they might approach you with their tail lowered instead of active and alert. They might also put their paw or head on yours to show support. Some dogs will also try to cuddle and learn from their owners' ways to show support.


If your dogs know you like kisses, they might start licking your face or hands and putting their nose on you. If you usually play fetch with them, they might bring you their toy so you can play. This is all evidence that dogs can tell if you're depressed.


There’s also scientific evidence to back this up. A 2016 study conducted by a team of animal behavior experts and psychologists at the University of Lincoln, UK, and the University of Sao Paulo, Brazil, presented 17 domestic dogs with pairings of images and sounds conveying different combinations of emotional expressions in both humans and dogs. These photos of facial expressions and audio clips of voices or barks from unfamiliar subjects were played simultaneously without any prior training.


The team found that the dogs spent a significantly longer time looking at the facial expressions that matched the emotional state of the audio clip for both human and canine subjects. This showed that dogs could match two different sources of sensory information and come up with one coherent perception of emotion in both humans and dogs.


It’s also important to note that the animals in this study received no prior training before the assessments nor had any time to familiarize themselves with the subjects in the images and audio clips. Based on this study, not only can dogs sense depression, but their ability to recognize emotional fluctuations in people and other dogs is natural or intrinsic.


Now that you’re sure dogs can sense mental illnesses like depression, maybe you’re someone with a mental health disorder who’s interested in getting a pet or emotional support animal. Well, we did some research, and we found the seven best dogs for depression. 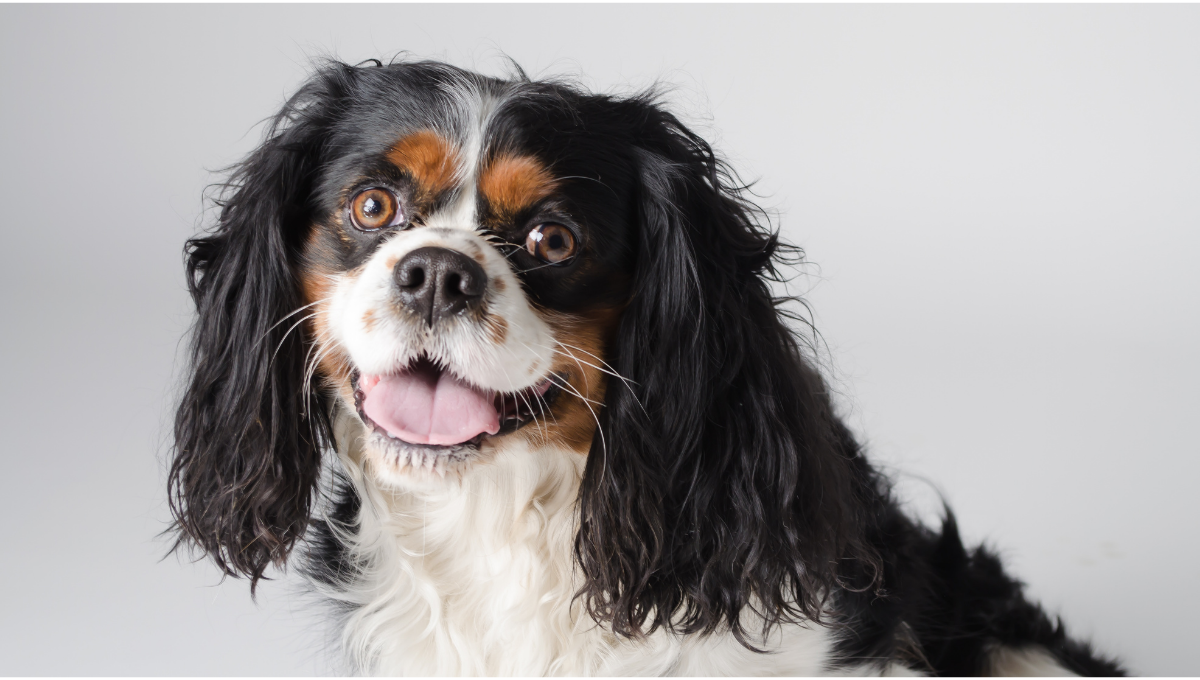 
Cavalier King Charles Spaniel is known to help people fight depression in many ways, including that they’re affectionate and love to cuddle. They’re usually recognized as Royalty’s preferred dog breed and have been the preferred lapdog breed of nobility since the 1500s. King Charles II loved these dogs so much that he named them after himself.


These dogs are easy to train and great with kids, making them great family pets. They also require daily walks to keep their hearts healthy, which can be a motivating factor for people with depression to go outside and be active. 
Labrador Retrievers are ranked the most popular dog breed by the American Kennel Club because they’re friendly, outgoing, and energetic. Labrador Retrievers were originally bred to retrieve fishing nets and fish that fell off the hooks, which is why they love to swim, have webbed paws, and have plenty of stamina.


This is a great dog to have if you’re struggling with depression and need an energetic and fun-loving animal. They’re also very loyal, eager to please, and trainable, which is why they’re the breed of choice for search and rescue work, guide dogs and assisted living dogs. 
Poodles are not only pretty cute, but they’re also fairly active, and before they were typecast as the Parisian’s dog in every movie, Poodles were the preferred hunting dog in parts of Europe. Like Labs, they’re also water retrievers and equally as unlikely to suffer from cardiovascular problems.


Poodles also love being around their owners and have the same people-pleasing qualities that Labs do. They’re also highly intelligent dogs, which makes them excellent for service work. Born performers, Poodles are also super social, hypoallergenic, and excellent at adapting to their surroundings. With a lifespan of 10 to 18 years, they usually live longer than other dog breeds, as well. 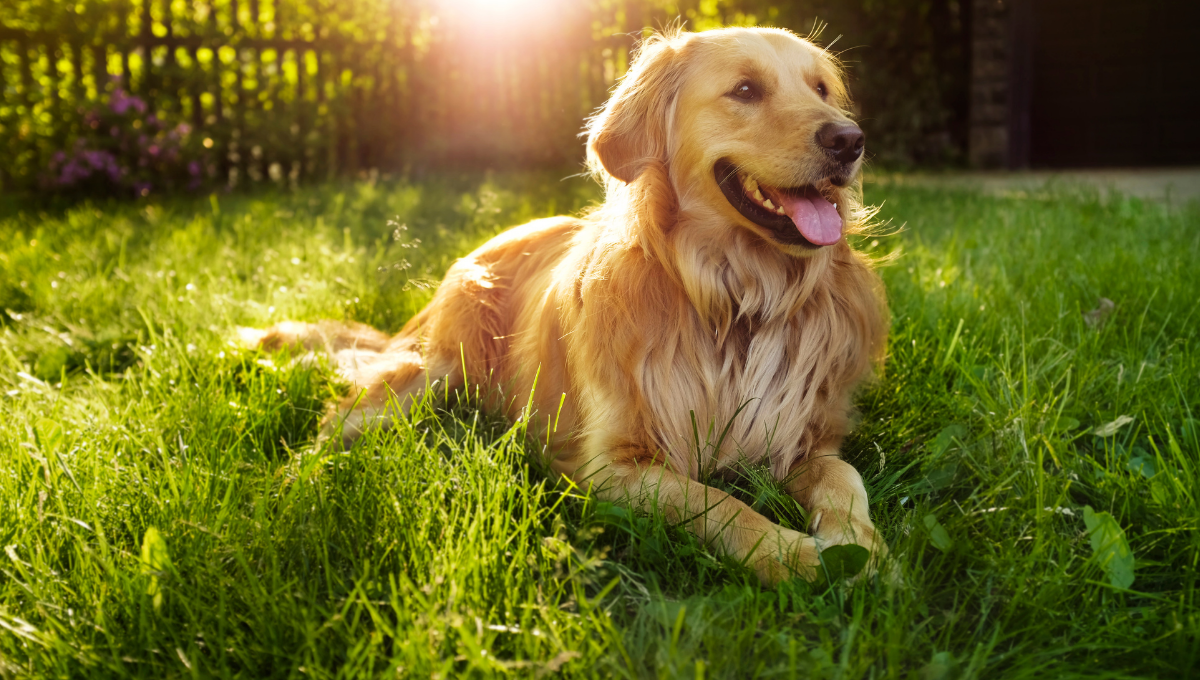 
Ahh, Goldies. Golden Retrievers were bred because of an avid hunter named Lord Tweedmouth, who lived near Loch Ness. He wanted to create a hunting dog that loved the water and would retrieve fowl from both the water and land, which is why they also have webbed feet like Labs. Nowadays, however, we recognize them for more than just their hunting skills.


Golden Retrievers are known to have an immense capacity for love and devotion. They’re famously obedient, intelligent, and well-behaved. They’re also great family dogs, which can be exactly what you need if you have children. For these reasons, Golden Retrievers are often guided dogs and search and rescue dogs. 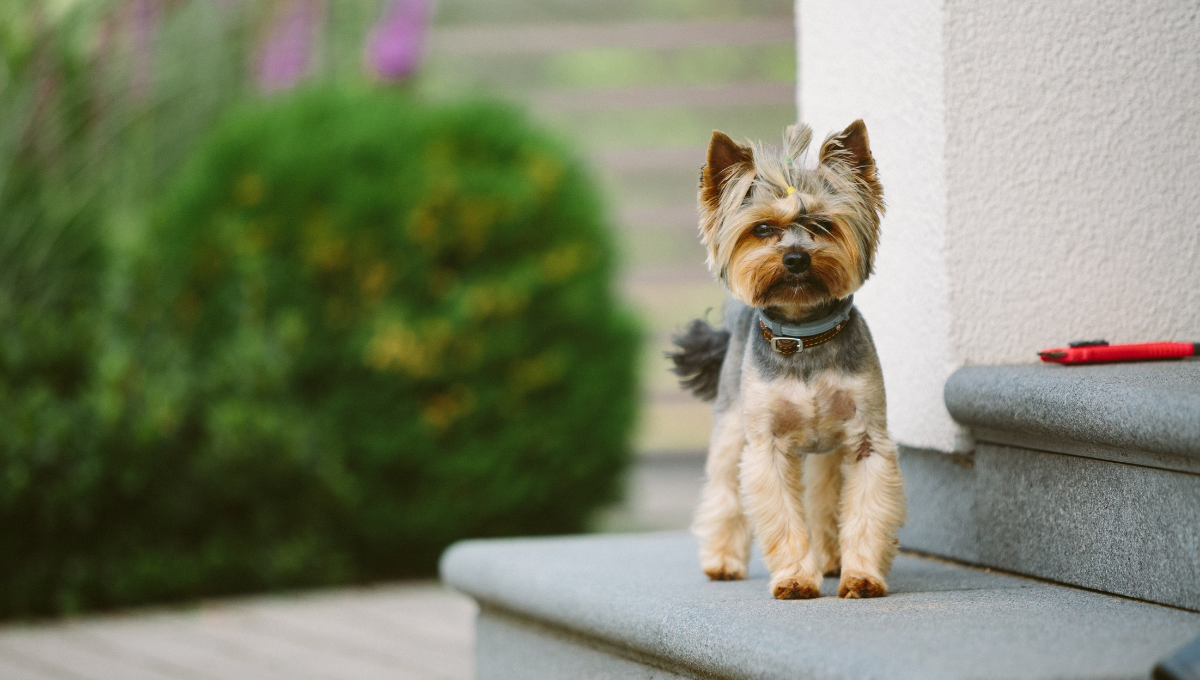 
Combine unbelievable cuteness and intelligence, and you have a Yorkshire Terrier. More commonly referred to as “Yorkies,” these dogs tend to form strong bonds with their human companions, making them one of the most loyal, trainable, and loving breeds out there.


Because of their attachment to people, they make great companions for people with depression. However, you shouldn’t adopt a Yorkie unless you’re prepared to spend plenty of time with them. Aside from being known for their affectionate, feisty, and energetic personalities, Yorkies are also fairly little, making them the best type of dogs for people who live in small apartments or don’t have much outdoor space. 
Just to give you an idea of their character, Vizslas have been nicknamed “The Velcro Dog” because they like being near people that much. These dogs form very close bonds with their humans and hate being left alone. However, while they make excellent companions, you shouldn’t adopt a Vizsla if you’re away from home often.


Like cats, Vizslas are also well-known for being passionate about self-care, so they’re the least likely of dogs to actually smell like a dog. On top of that, they aren’t known for having major health problems aside from hip dysplasia. Other than that, they’re incredibly smart animals that love to exercise. 
Pugs might look like they're always (adorably) grumpy, but they're actually some of the most naturally positive dogs out there and are very easy to train. Although they aren't as athletic as Vizslas, Labs, Golden Retrievers, or Poodles, they're ideal house dogs. They're not good swimmers, and they need to go out for a good walk a few times a day.


Just know that they don’t do well in hot temperatures for too long, and they usually suffer from breathing problems. You should also avoid pulling on their collars, as this can cause eye problems. While none of this is meant to discourage you from adopting a Pug, make an informed decision when choosing a pet.


The benefits of pet therapy for mental illness outweigh any sacrifices or adjustments you might have to make to care for them as they deserve. However, while pets can help you cope with mental illness, they aren’t the solution.


If you or someone you know struggles with depression or any other mental health disorder, don’t wait any longer to reach out for help. Our Banyan Mental Health center offers various forms of Florida mental health treatment, including disorder-specific programs. We utilize various evidence-based therapy modalities to help clients understand the reasons behind their symptoms and how to best manage them.


You can regain control over your mental health and your life with the right support. Call our Florida mental health rehab today at 888-280-4763 for more information about our depression treatment. Depression Lies to You: What You Shouldn’t Believe